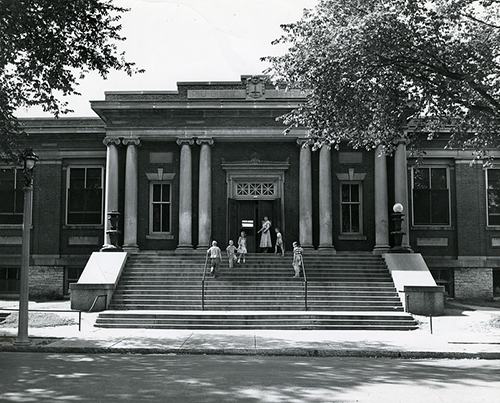 The library was created in part from the advocacy of the South Side Women’s Club, which sought to educate adult residents. The library flourished from 1897 to 1910, before moving into a new building at 931 W. Madison Ave. The South Side Library, formerly South Division Library, was the city’s first location built with the intent to house a public library. The new building featured an exterior grand staircase and was designed in a neoclassical style while projecting a stately and dignified civic space. Though the library closed in 1966, the facility has periodically offered library services through outreach programs. 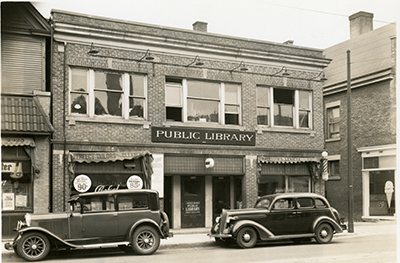 Lincoln Library, located at 2321 S. 13th St., opened in 1924 over a barbershop. At the time, the neighborhood served a Polish population, and librarians traveled to Chicago to purchase Polish books for the collection. In 1943, first-floor space was added which provided more space for library activities. The library became so loved by its community that when it closed in 1966, students from the nearby St. Josaphat's School protested the mayor’s decision (to no avail). 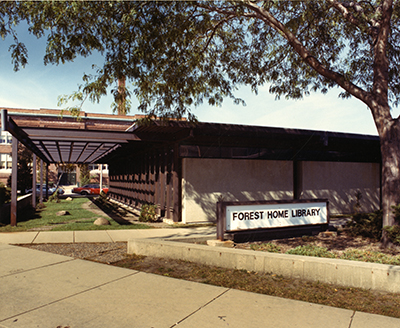 The closure of the South Side and Lincoln libraries was prompted by the opening of the Forest Home Library in 1966. Located at 1432 W. Forest Home Ave., the new location featured 14,500 square feet of space and was built at a cost of $375,000. Designed by architects von Grossmann, Burroughs, Van Lanen and Associates, the building’s Mid-century Modern appearance was a stark contrast from its predecessors. Exposed steel columns gave way to wood-slatted ceilings, creating a simultaneous sense of strength and warmth. Forest Home Library was built to accommodate 60,000 items, with space for adult and children collections and programming.

By the 2000s, the Forest Home Library became outdated, as had most of the city’s libraries from the Ten Year Development Plan of the 1960s. With the successful mixed-use developments of Villard Square and East Branch locations, the library sought a similar project to replace the aging Forest Home location. The site at 906 W. Historic Mitchell St. was chosen for its historic building (1919) and significance to the community, which had transformed from a Polish to Latino neighborhood. The site housed the former Lion Department Store (1920-1929) and the Hill's Department Store (1929-1963) and contained a wealth of architectural details that had been covered or damaged by past tenants. 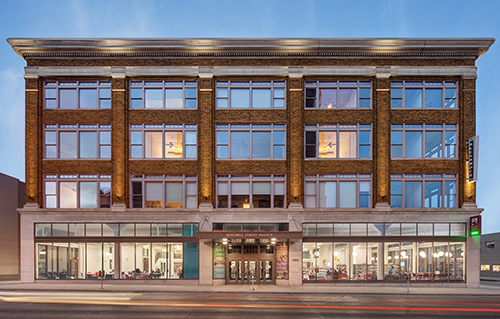 Designed by HGA Architects, the Mitchell Street Branch opened in 2017, becoming the first library housed in a renovated space since 1989, when Center Street Library moved from a former fire station. As for the Forest Home Library, an effort to designate the building as historic was proposed in 2020, and was approved by the Historic Preservation Commission. The decision, however, was rejected by the Zoning, Neighborhoods and Development Committee, and the building was demolished in 2021. 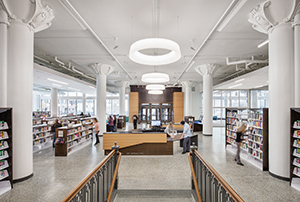 The new Mitchell Street Branch occupies three floors, including a makerspace and staff areas in the lower level and study areas on the mezzanine. With 23,000 square feet of space, Mitchell Street is the largest of the branch libraries. At a cost of $6 million, the library has restored such details as terrazzo floors, ornate plaster columns, mahogany railings, and floor-to-ceiling windows. Contemporary elements include a fireplace, a community room with a folding glass door, and a multi-use staircase. 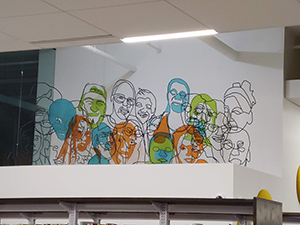 A sculpture and mural created by Erick Ledesma, the inaugural artist-in-residence at the branch, headline Mitchell Street’s artwork. Above the library rest three floors of living space, representing the first new market-rate apartments in decades. At a cost of $15 million, 60 apartments were created that reinvigorate the neighborhood. 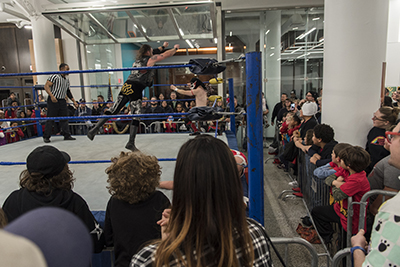