Returning to Their Roots: Milwaukee’s Breakdancing Pioneers Convene at the Mitchell Street Branch


Last October, our first Talking Shop featured a community conversation exploring the early days of hip hop on Mitchell Street. Legendary barber Marco Carrasquillo and Alderman Jose Perez shared stories from the mid-80s, when a bunch of young South Siders began embracing the music and the style of hip hop at barbershops like the Cuteria. The evening included reminiscing on the dojos and breakdancing crews that came up at the same time. We were excited to see young and old come to eat delicious tamales from Lopez Bakery and not only listen to stories but share them as well. After the event, the community expressed what conversation they wanted next – one focused on breakdancing.

With the help and support of Alderman Perez, we put out a call for former and current breakers who had stories to share about the breakdancing scene on Mitchell street. And on Saturday afternoon, March 22, we helped DJ Nikki La Bomba from No Stress Collective load in her equipment so she could play old school tunes and invested in a 12'x12' sheet of linoleum with a faux marble design (that the library received at pretty great discount because coincidentally the store associate grew up breakdancing himself!). We set the chairs around our makeshift dance floor and waited. And the room quickly filled.

Ramon Candeleria, a former Magic Rocker, also joined in to help and spread the word far and wide. As far as Miami, in fact. Efren Manzanet, the founder of the Magic Rockers, to fly for this event. According to Ramon, "most of us would say Efren is the God father of hip hop and b-boying in Milwaukee and the Midwest. He took the Magic Rockers to a level that no one in Milwaukee at that time imagined. And their headquarters was between 6th and 7th right on Mitchell Street."

It wasn't hard to spot Efren, or "E" as he said everybody called him - dressed all in white with a custom-made tan sweater he made from a Gucci bag and of course, designer sun glasses. Our host for the afternoon, Cedric Gardner, asked E how long he'd been breakdancing and the response had everyone in awe, "Well, I'm almost 60, so 40 years or so." From Manzanet's style to his moves on the dance floor, no one could have guessed his age. Someone from the crowd cheerfully yelled in response, "That's what breakdancing will do for you!" 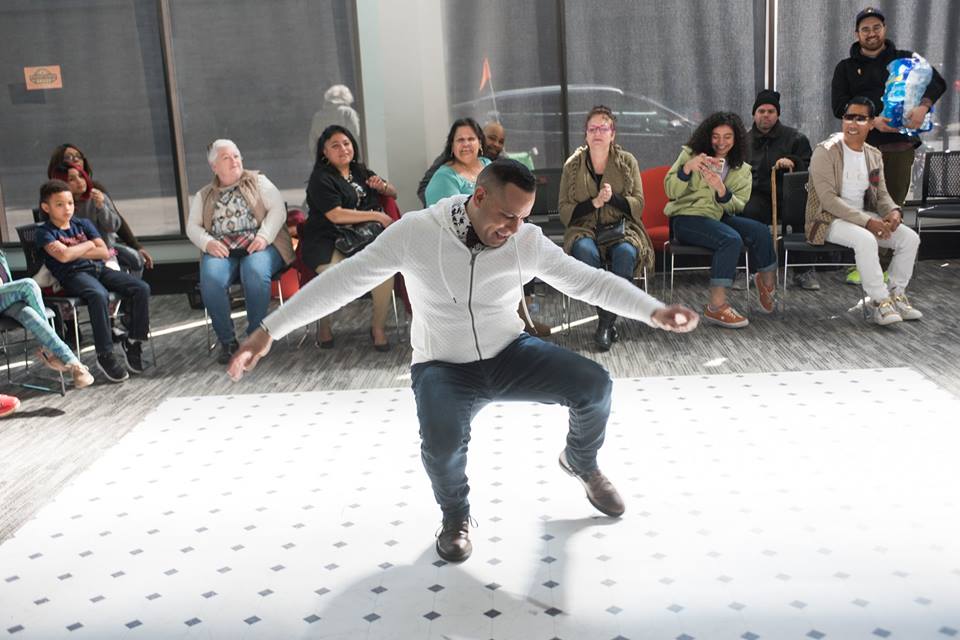 The conversation was casual but important. We heard what the very community we were sitting in that day used to be like. We learned about the vibrancy and the culture that drew people from all over the city to Mitchell Street. We got to hear from men now in their 30s, 40s and 50s, agreeing that breakdancing changed their lives. Some of them, like Manzanet, went into fashion, others like Gardner still dance and teach and for a living and the others said it helped them to get on the right path to become bankers, lawyers and politicians. So often we get the negative images of hip hop: graffiti, gangs, violence but that's only one side of the story. And for all those who gathered at Milwaukee Public Library's Mitchell Street Branch for this Talking event, we were able to share, learn and remember a much more positive story. 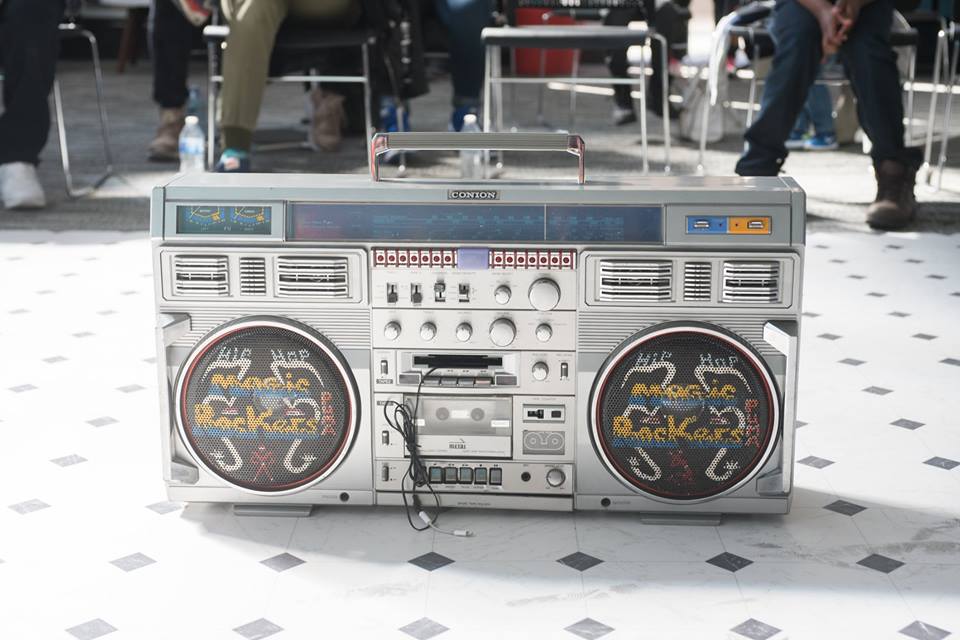 Outside of the completely awesome dance moves that were shared that afternoon, one of the best moments was when Manzanet brought out a big old school boombox. He immediately engaged the kids: "Do you know what this is? Have you ever seen anything like this?" One of the kids, likely around 8 years old, thought it might be a television. The crowd erupted in laughter and then Manzanet invited all the kids to come up and take a turn picking up this 'ancient' piece of technology.

The afternoon ended with us all thinking about how to bring back the hip hop energy and spirit to Mitchell Street. Should we have a breakdancing battle every month? Do we need more events like this one? How do we come together as a community to create more multi-generational and truly inclusive spaces where kids and adults are learning from each other. Alderman Perez argued that it is already happening with the new library and the makerspace downstairs. And we won't argue with him on that but we do hope we can continue to build on this momentum. We hope the community continues to tell us what they need and to bring ideas to make the library a space that truly serves us all.