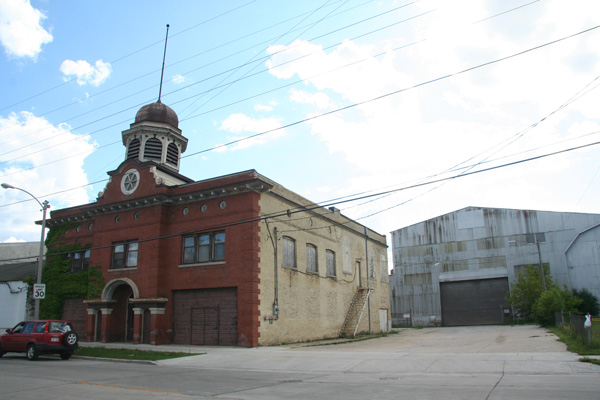 In 1898, Wisconsin Free Library Commission librarian Miss L. E. Stearns presented the village of North Milwaukee with a plan to establish its own library. Shortly after her visit, the library opened in what is believed to be the home of librarian Anna Grace Godfrey and her parents. In 1901 the library relocated to Village Hall (5151 N. 35th St.), and to a storefront (5161 N. 35th St.) in 1918, the same year North Milwaukee was established as a city.

In 1928, the city of North Milwaukee voted by a 2:1 margin to consolidate into Milwaukee proper. On January 1st of the following year, the bustling community became a prominent neighborhood in Milwaukee, prompting the continuation of library services.

By 1932, the North Milwaukee branch outgrew its rented quarters and relocated one block north to 5235 N. 35th St. Designed by architect John Topzant, the four-story brick building housed the library in its southern half, with accommodations for more books, an adult reading room, and a children’s story hour lounge. The library’s success led to a neighboring expansion in 1954, creating a total of 3400 square feet of space. 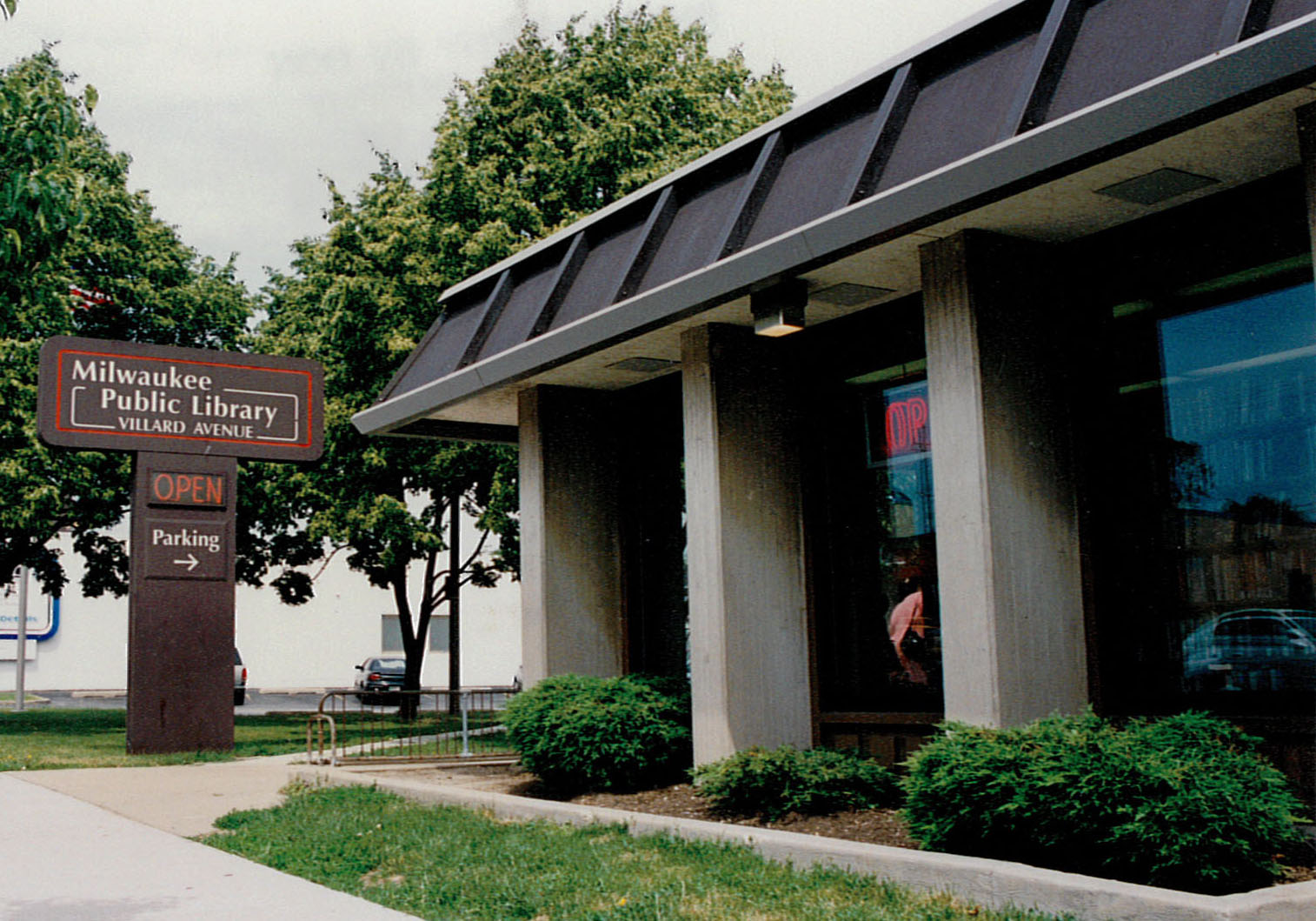 In September 1994, the MPL board voted to change the branch’s name to Villard Library. Confusion with other locations, including North Shore Library (in Glendale) and North Avenue (street), prompted officials to have the library’s name properly reflect the way residents long identified the building. The change was met with some criticism, namely local historian John Gurda, who argued that “you keep [names] because they're anchors of identity."

In the years following the library’s renaming, MPL experienced severe budget cuts, leading to a proposal by Mayor John Norquist to close Villard Library in 2003. The proposal was met with “busloads” of community supporters at a hearing, which saved the building. The building also began to experience deterioration in the mid-2000s. With the imminent need for a new space, MPL focused on bringing libraries into the 21st century by creating 47 units specifically designed for grandfamilies.  Located above the library, the units would help people enrich the lives of the building’s residents and the North Milwaukee community. 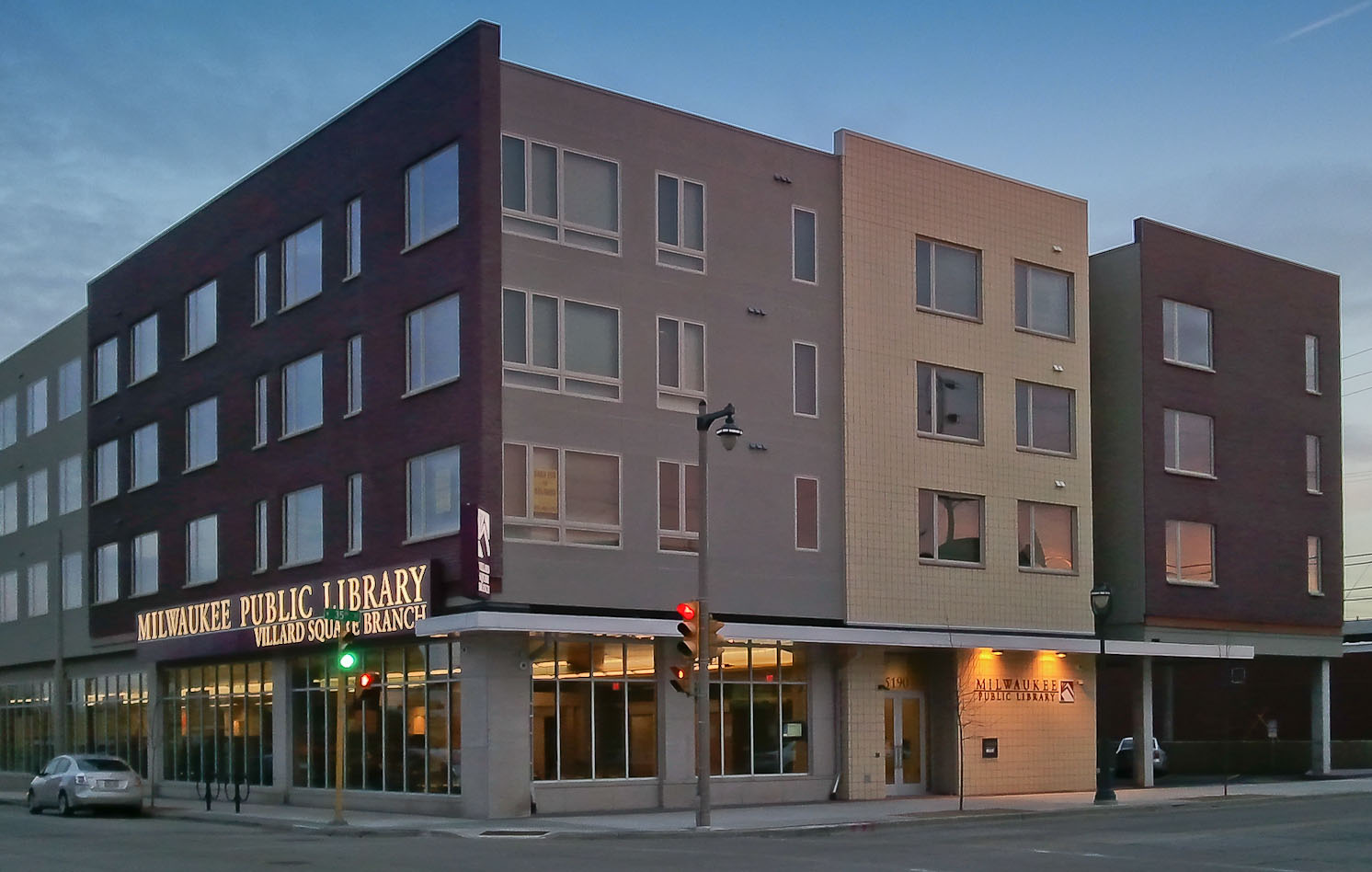 Milwaukee Public Library’s first mixed-use library opened on October 15, 2011, at a cost of $9.5 million ($3.8 million for library space). Located at 5190 N. 35th St., Villard Square Branch is less than two blocks from its previous site. The library space, designed by Engberg Anderson, features a fireplace, community/study rooms, a young adult room, and other traditional collections. The 12,770 square foot linear footprint is accentuated by a wooden slat ceiling spanning the length of the public space. Illumination from continuous glass on the north and west sides provides ample natural light with little need to obstruct direct sunlight. Artwork from Nicolas Lampert and Paul Kjelland fills the space, with themes of social justice, community, and the importance of public libraries. The main mural, situated at the back of the main pathway, was inspired by the 2003 effort to save the library, and features protesters in front of an oversized book. The Villard Square Branch is an integral part of the North Milwaukee community with its wide variety of educational and entertainment materials.